Technology Cycle Time (TCT) is an accepted way to evaluate the pace of technological development although it requires some special considerations. A good analogy is how a chainsaw is a good way to cut down a tree, but it also presents many risks, including the inherent risk of felling a large object. Error of judgement, calculation or interpretation could be fatal. Here is some stark evidence that TCT calculations are a reliable indicator of the current technological environment.

The speed of technological development is slowing in recent years. Is this only due to the economic situation? Unlikely. TCT in the USPTO shows that the slowing technological development preceded the economic crisis of 2007. Although overall patenting is increasing dramatically, the rate that the technology is replacing itself is actually slowing. Some evidence of this can be seen when you look at the average processor speed in PC’s and notebooks. Although more cores are being added to increase performance, the growth of CPU speed has been slowing dramatically in the past decade. This case that technological pace is slowing dramatically is also clearly supported by Fred Phillips, the editor for ‘Technological & Social Change’ journal. Particularly, his article in 2011, ‘The state of technological and social change : Impressions’.

Hopefully I will blog in the future about the general importance of calculating the pace of technological change. For more about technology indicators and their role in business management and government, please see my recent post: http://josephlee.wordpress.com/2012/12/01/patent-indicators/ 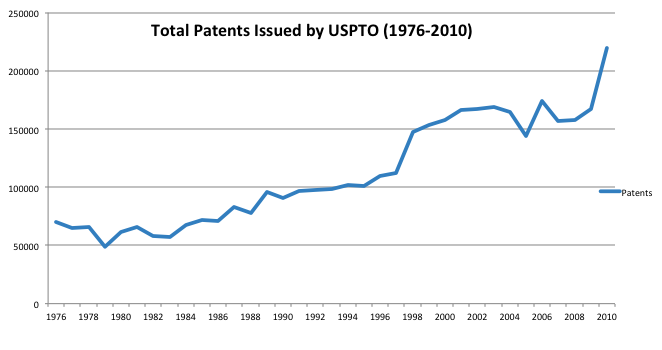 The total number of patents issued by the USPTO is increasing dramatically on an annual basis. 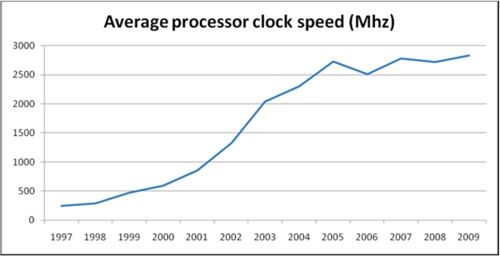 Average clock speed of CPU’s is stagnating. Rapid growth of clock speed in the early 2000’s is leveling off. 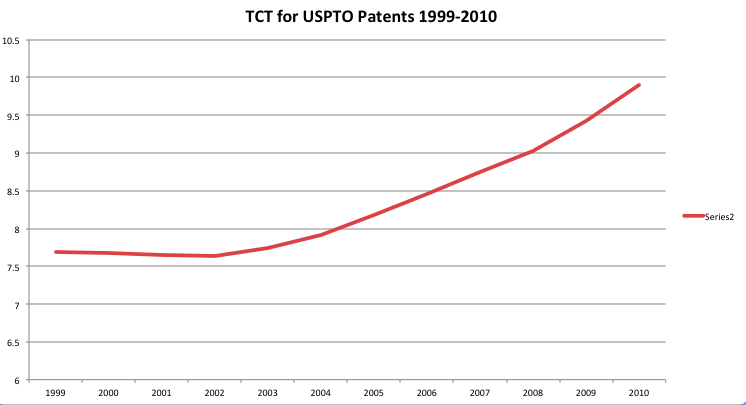