What is an Axial Flux Motor?

An axial flux motor is an electromagnet based motor technology that uses pulses of electromagnetic charge to create a rotating force .  Axial flux motors are great because they avoid the use of a drive-train altogether. The problem with a drive-train is that it includes a drive-shaft, crankshaft, propeller shaft, and transmission (gearbox).  These components connect together and when working use the kinetic pressure between themselves to transfer power as torque.  However, the connections cause friction and  this friction between components results in a loss of energy.  If you look at the image of the gearbox below, you can see how complex and exact the contact surfaces are, but there is still energy loss at each of those contact points. 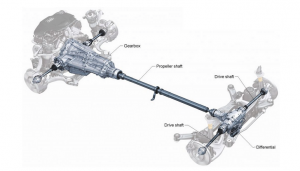 A traditional automotive drive-train is inefficient due to the transfer of kinetic energy. 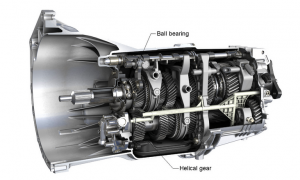 Instead of having a single motor to create torque for all wheels in a car, an automobile with axial flux drive has a motor on each wheel.

A pair magnetic disks. The permanent magnets on the left and the electromagnetic on the right. 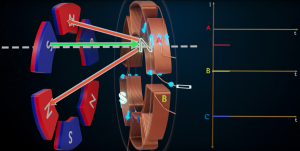 This works differently than a normal electric motor where the electromagnetic current exists 90 degrees radial to the torque power created, rather than along the axis to the torque.

2,436 patents have been issued with the term “Axial Motor” in the title or bibliographic abstract.  Below is a timeline showing the growth.

Who is Developing the Technology?

Please confirm deletion. There is no undo!